Newberry County industries were the topic of the annual Toast of the Town event on May, 7th 2019. During the Toast of Town, Meinolf Muhr, owner/president of MM Technics received the Investment Award from Newberry County.

County Administrator Wayne Adams hold the laudatory speech: “Meinolf Muhr and his Uncle Michael first visited Newberry County in October of 2015. They were drawn by the County’s spec building at the Mid-Carolina Commerce Park, though they eventually decided on a greenfield project. Meinolf’s metal stamping company would become Newberry County’s first BMW supplier, offering a Phase One workforce of 65 workers,“ Adams said. “A new 15-acre site was cleared and the building constructed within 11 months, meeting BMW’s tight timetable to launch-up the factory.”
“In production for a year and a half now, the company has already exceeded its original estimate of a $13 million investment and will soon be adding a third press to increase capacity. As the MM Technics team has matched perfectly the requirements of BMW, the company is now looking to expand into high-tech welding and assembly work for its automotive clients,“ Adams added. 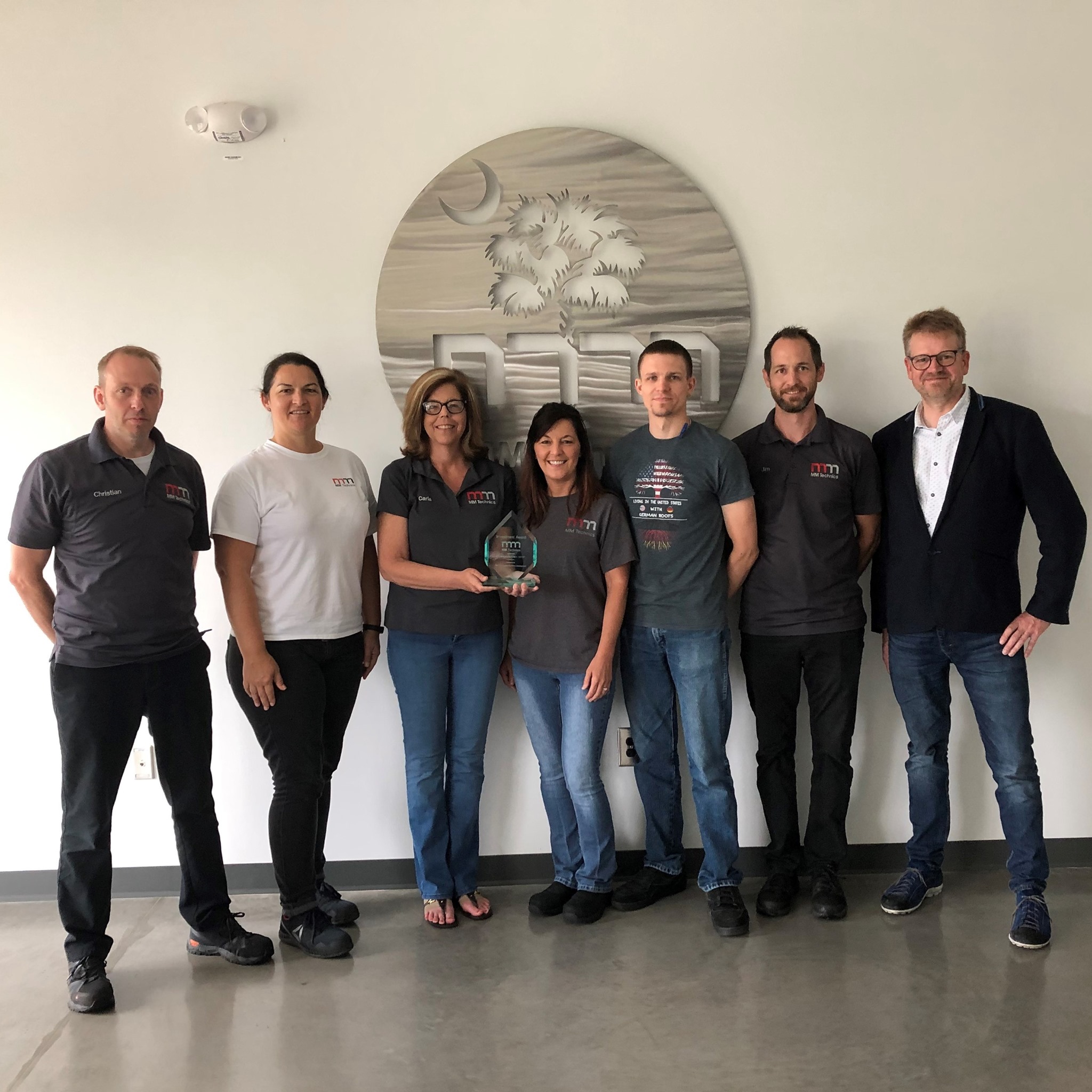